Next: The Lady in Charge » 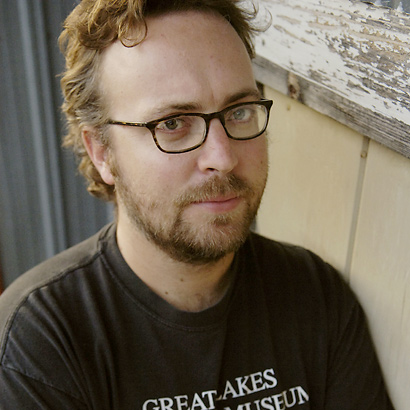 Two teenagers, 17 and 18, have been abandoned by their parents and nearly forgotten by those who should be caring for them. But through resilience, independence, and determination to break from their parent's fate, the kids have begun to search for their own place in the world.

Daphne Webster, 17, was left to fend for herself after her mother met a new boyfriend on the internet and decided to leave her two daughters behind. Daphne, a senior in high school, is the most vulnerable. She is at an age when guidance into adulthood is most important. Daphne has been left to make her own way in the world. Her sister is indifferent and her grandmother, though caring and concerned, has just returned after Daphne's mother left two months ago. She spends the days shuffling from class to class, casually chatting with classmates, but making no real connections with friends. The only bright spot truly appears on her face when she spots a boy she likes down the hall. After school, once her grandmother has driven her home, she'll have a small dinner and watch movies on the VCR, blankly staring to the future.

Jacob Robison, a freshly minted 18 year-old, has been living on his own for a year and a half after his alcoholic father kicked him out of the house. Bouncing from place to place, Jake finally landed with his good friend Keniya Kelley, a single mom with an eight month-old baby boy. Cast aside from his dysfunctional family where alcohol, low education and aimlessness are priority, Jake struggles to reconcile himself from the ways of his father.

Jacob, a skinny kid who barely looks 15, has managed to work a full-time 40 hour a week job at the local Taco Bell. He balances his job responsibilities, school and helping to care for Keniya's baby.

Though unremarkable kids in many ways, Daphne and Jacob's circumstances have thrust them into making remarkable decisions. Perhaps their abandonment has created in them a chance to break the destiny of their family lives. They have an opportunity to blossom as individuals in a world that has moved on without them.