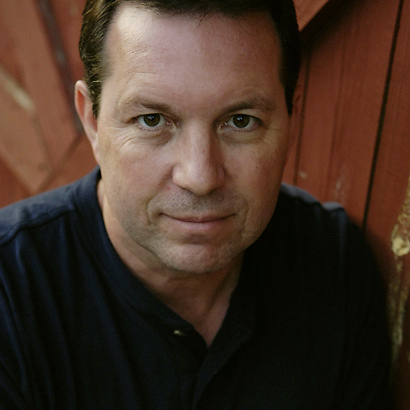 "Just call me 'Wally,'" says Saline County Sheriff Wally George. And everybody does, even the prisoners in his jail.

Born and raised in Marshall, the only extended time Wally has spent away from home was a four-year, Forest Gump-like stint in the Navy; he was on board a destroyer in the Gulf of Tonkin at the dawn of the Vietnam war. "We kind of lit the fuse," Wally says in his easy Missouri drawl.

With 28 years in office Wally is currently the longest serving sheriff in Missouri and the second longest in the state's history. Elected every four years, he disdains politics as much as titles. "I am not important," he insists; it is nearly his mantra. He is a man of the people and the people's man.

Accessible to a fault, the citizens of Saline county are just as likely to call and ask him to help fix a clogged drain or rescue a treed cat as they are to offer up a tip about a suspected drug lab. Wally cultivates that accessibility, mixing snippets of Gandhi, Sun Zhu and Jesus Christ into his own home spun philosophy of law enforcement as rooted in trust and respect as the lives of those he's sworn to serve and protect are rooted in the land of this rural county.

Stop and chat for a few minutes with any of the town's residents and they are more likely to tell you a "Wally story" than they are to talk about their kids, their church or their land. Like the time Wally had a deputy crawl into a body bag just to catch the look on the funeral director's face when he unzipped the bag to process the "corpse." Then there's the ubiquitous caricature of his eyebrows, nose and mustache that appear on everything from coffee mugs to campaign posters to a tree in his backyard.

Beyond the Badge
Wally has a stash. A storage room at the jail is stocked with games and toys and stuffed animals of every shape and size, dominated of course by teddy bears. He regularly raids that stash to provide toys to kids whose parents can't afford birthday or Christmas presents. And when he spots a bewildered child waiting with a parent in the lobby of his jail complex he often stops what he's doing, disappears and reappears with a toy.

Back in his office, Wally grins and says "with that little gesture, we got him for life; a positive image [of law enforcement] that will stay with him until he's grown."

It's not all teddy bears and practical jokes for Wally. "I'm arresting the grandkids of people I busted in the '60s and '70s," he says, almost as if it's a personal defeat. And it's usually for the same types of crimes, he notes, shaking his head. Drug dealers raise drug dealers, burglars begat burglars. "They don't even take a separate street," he says.

And Wally is not without visits from his darker angels.

Perhaps the hardest part of his job is when he has to substitute in the coroner's absence, which he is required to do by law. The memory of carrying an infant's charred body from a burned building haunts him to this day. And then there are his two grown sons whose lives were cleaved from his own some thirty years ago during the acrimony of a soul-deadening divorce. His sons and grandkids--still living nearby--are now little more than a footnote in warp and woof of his day-to-day life.

Never Say Never
"You gonna run again, Wally?" it's a phrase he hears several times a day from folks he sees as he navigates the town on his daily errands, dropping off papers at the courthouse, checking for mail or doing a bank run. "Never say never," he responds each time; his current term is up in 2008.

Just the thought of laying down his badge makes him wince. "Every time I walk out the door at night I think about what it's going to be like that last time...." he says, his voice trailing away. "Who's going to take care of these people?"