Next: Care and Beauty » 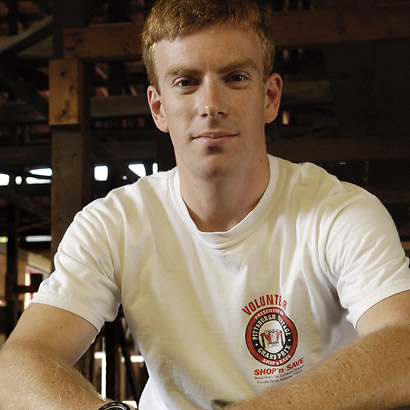 Success breeds success. A majority of teenagers in Marshall, Mo., schools have benefited from a positive upbringing that has helped them grow. A 2004 report says that 59 % of Marshall High School graduates have gone on to attend a two or four year college. Nikki Cooley is a product of the support of active and engaged parents, strong public schools and a close-knit community. Along with being captain of the varsity volleyball team, senior class president, and on the honor roll, Nikki is also running for 2005 Homecoming Queen at Marshall High School. Nikki's competitive nature has played a sizable role in her accomplishments so far in life. The Cooley family typifies the classic athletic family – a family where mom paints signs for her daughter's game and dad coaches his son's football team. Marshall is a town where students have known their teachers families their whole lives and where school spirit reigns supreme. It has created a conducive, comfortable, learning environment for students like Nikki. This can make it difficult for people to leave and start a new life elsewhere. Nikki has been accepted to the University of Colorado at Boulder, but will as well be applying to several schools in Missouri. Her desire to "get out and see the world" leaves her tied between leaving Marshall in favor of a big city and staying close to her friends and family who have been crucial in making her the person she is today.