Next: Everyone Depends On This Mom » 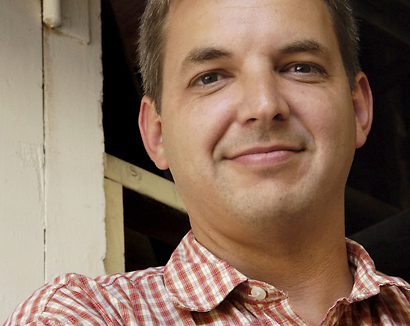 Following the loss of a landscaping job, Nick Sweeney, 26, his wife Ginger, 33, and their three children Rusty, 13, Larry, 11, and Lisa, 10, lost their home. For the past two months, while Sweeney has searched for work, the family has lived in tents throughout Missouri.

The Sweeney's, like many American families, found themselves living paycheck-to-paycheck before Nick was let go without any warning in August 2005. The family had moved to Cameron, Missouri after Nick, a former paratrooper with the 82nd Airborne and veteran of combat tours in Afghanistan and Iraq, was discharged from the Army early this year. The family hoped to finally begin to build a nest egg for their family from his $30,000 per year landscaping salary.

"We got behind on the van and the rent money bought our daughters casket," says Ginger Sweeney, reflecting on the bank loan for their Kia van, and the death of their still-born daughter they planned to name Lauren. The couple purchased a casket in St. Joseph, Missouri and transported the child to Ginger's family plot in Johnston, New York -- tapping into the already small amount of savings vital for their survival.

"We don't want people to think we are just looking for a handout, we want to pay any help back if we can," Ginger says, "We just don't want our kids staying in tents any longer than we have too."

With word of possible jobs in Marshall, the family traveled to the third campsite in two months. With just enough money to pay for eight nights, the Sweeney family set up their home of tents at the Van Meter State Park campgrounds, 12 miles north of Marshall.

The family, seeking help from community agencies, churches and individuals, encountered frustration from the aid agencies in Saline County.

Possible landlords, pastors and community aid groups all asked, "Are you displaced by Hurricane Katrina?" explained Nick. When the couple answered no and explained their situation some would just hang up the phone. Others would refuse to meet them explaining they only were able to help victims of Hurricane Katrina. Others would ask if they had a particular disability which funds were available for emergency help.

"Honestly, if we lied and said we were from New Orleans, we would have all kinds of help," Nick says, "but we can't lie and how would that look to our kids?"

With one night remaining in their time at the Van Meter camp grounds, and projected frigid temperatures, members of the Saline County Interagency Council, frustrated by the lack of an emergency homeless shelter in the region, come to the aid of the Sweeney family by finding the funds to pay for a week at Gene's Motel in Marshall.

After hearing of the couple's plight, the owner of the hotel offered three additional days and a discounted offer of charging $150 a week for the family to stay until they find work and a new home. He has a job prospect in Marshall, and if he gets that job, they'll be looking for a rental house.