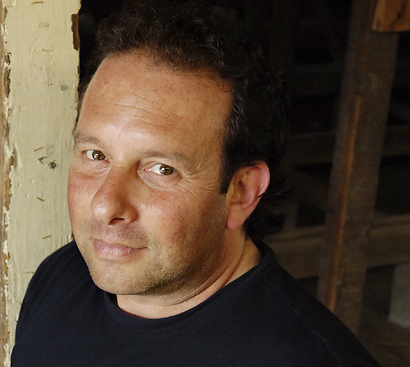 Matthew Vereyken sits alone at the largest table in the cafeteria of Marshall High School. No one says hello. No one teases. No one laughs. Matthew sits alone.

Vereyken is the victim of ADHD. Heavily medicated, he spends his days alone and isolate, seemingly in another reality. He is alone at home, alone at school, alone in a crowd.

Matthew doesn't have any trouble carrying on an intelligent conversation. He can speak with authority on a number of subjects. But he won't, not unless it is initiated by someone else. When he does speak it is in an authoritative tone with the threat of impending violence lurking just below the surface. If he is challenged or contradicted, and violence has been an issue for Matthew. That's why he is so heavily medicated.

According to his mother, 32-year-old Saundra Vereyken, when Matthew is not on medication he has attacked both his mother and his sister, Carrie.

A single mother of five children, suffering from clinical depression, Saundra Vereyken is separated from a husband. This leaves Saundra in the fourth generation of women in her family raising children alone. Like many in Marshall, Mo, she straddles the poverty line. Often moving forward with the help of agencies such as the Missouri Valley Community Action Agency (MVCAA) and then backsliding under the weight of her overwhelming burden.

Matthew is not the only member of the family on medication. The morning ritual consists of cupfuls of medications and fists full of candy for the whole family. The other two boys, Ryan, 11, and Eric, 6, both suffer from forms of hyperactivity. The youngest sister, Winter, 8, has been diagnosed with a milder form of autism, although Social Security is contesting the severity of her disability. The oldest girl is Karrie, 12, and she is on a regimen of anti-anxiety and anti-depression meds. This is my "real world" states Vereyken, referring to the lack of MTV-like glamour and levity in her own life. Listening to Vereyken is a contradiction in terms. There are no street drugs, alcohol binges or exceedingly violent men in her past or present. All the children were from Saundra's nine-year marriage to Brandon, who lives less than two hours away in Kansas City. Brandon and Saundra have a civil relationship; Brandon even pays court-ordered child support on a regular basis.

It would appear that Saundra attempts to make the right choices for herself and her family but a disheveled household, the stacks of plastic bins, even a new futon still in its box since Christmas, speak of neglected for the space and its inhabitants. Toast for dinner and tootsie rolls for breakfast deliver home the point.

For Matthew, who is aware of all these issues, there is no choice but to love and protect his mother with all of his being. Dad often cancels on visitation, opting to buy his way out with pizza, video games and television sets. The consumption of fast food and junk food and games and medications are the quick fix and there seems no prospect of a long term solution to the family's myriad problems.