Next: Teaching to the Choir » 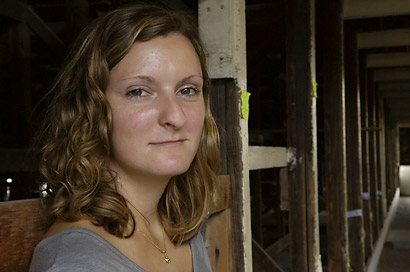 Steven Cook is a most unusual looking soccer coach with his 'ZZ Top' beard and cowboy hat. His appearance can be traced to early intolerance by the principal of his school. When Steve was in high school his principal kept a shaver in the desk to shave everyone who hadn't. This drove Steve so mad that the last time he ever shaved was two hours before his high school graduation. He has worn his cowboy hat as long as he can remember.

Steve has been drawn to soccer ever since his twin sons took up the sport in 1994. He became a member of the Board of Directors of the Youth Soccer League. He started coaching in 1996, because there was no one else to do the job. As a devoted father Steve supports his sons interest in soccer in everyway that he can.

Steve has worked at Kays Engineering for almost 17 years, where he is a department manager. He likes his job and is happy that he can support his family. His family means the world to him and their home reflects their love for each other.